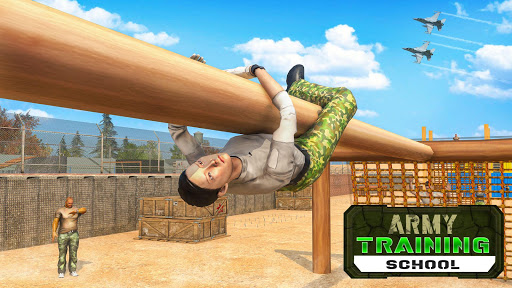 BE an expert in multiple battle arena training modes (Warehouse , Desert, Snow or Forest area) . Just waive your way on ice, fire water or with flipping pipes or climbing inclining wall in limited time. You have to make sure in this Commando Training Game: Army Courses School that you reach finish line on time by making way through in fierce hurdles in multiple environments. It is complete US army training school: commando game with multiple player options to unlock in in-app purchase collection. Collect points in this way in US army training academy: practice game. So unlock army girl or man as character of your choice. Also earn points or start another military fitness arena with exciting collection in training games.