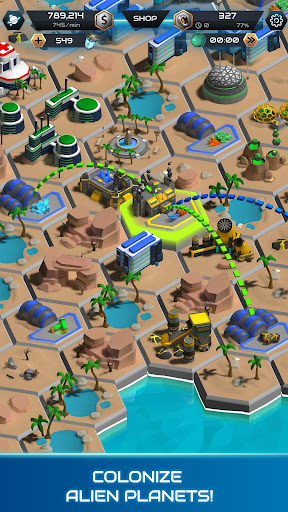 Galactic Colonies Mod About the game :

Download the game for free and start exploring the galaxy!
Galactic Colonies is a game about exploring space and building colonies. Explore a procedurally generated universe with thousands of planets.

Every colony starts small. Start by providing housing and food for your colonists before you exploit a planet’s natural resources. Set up factories and create advanced high-tech products to make your colony grow even bigger.