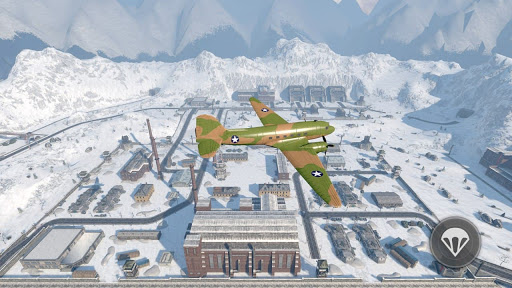 Second World War shooter with Battle Royale mode. Choose your side. Prepare your weapons and hurry up to the battle – exciting online shooter with players all over the world and with beautiful well-designed graphics is waiting for you. You will get unforgettable experience of warfare in form of dynamic action!

Legendary breathtaking battlefields with tanks, ships and non-stop action. Each map is interesting in its own way, each map has its own features.

✯Different characters
There are characters of such countries as: USA, Russia, Japan, Germany with different skins.

Choose your character and go to battle!

✯Game cards collections
Collect trading game cards to get even more unique and expensive weapons. Exchange cards with other players to build the best collection!

✯Battle-pass
Complete tasks according quest list, you will get new weapons and camouflages with level rising. The higher your level is, the higher is award. Do your best, soldier!

Customize your weapon – there is a great variety of weapon skins in the game: from bright and colorful to serious metal skins with engravings. To stand out your weapon, you can hang your own trinket-talisman.

At the moment two game modes are available:

✯Deathmatch
Every man for himself, compete with other players on the map and take top places first.

✯New battle modes will be available in the future…

DEAR PLAYERS!
The game in on the active stage of development, and we will accept all your requests and suggestions with pleasure. Write your feedback and we will definitely read it. Good luck in the battles, comrades!

DISCORD
https://discord.gg/AsV2dz6
New features
Battle Royale: the mode is in early access
New Battle Pass Season
Supply: Get resources on an ongoing basis
Now weapons can be raised in battle
Exchange of collectible cards: change with other players and collect collections
Achievements: Fight in battle and get awards for your skills
Avatars and badges: Make your profile unique
Events calendar: Be aware of all events
battle map Algeria
Now the Allies and the AXIS are separated