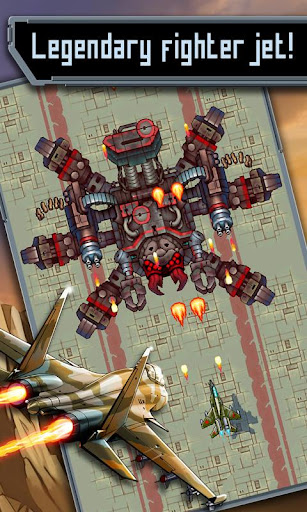 What would you do with an enormous flying machine armed to the teeth with a variety of deadly weapons? Bring peace and justice to the world of course.
It’s especially pleasing to bring peace with high-precision uranium core bombs or air to ground homing missiles.

Mig 2D has 20 levels of the most intense gameplay, offering you the chance not only to control a legendary fighter plane but to try some other, no less dangerous, war machines. You’ll be opposed by legions of flying, floating, crawling and wheeled metal monsters both currently existing and fantasy designs. To destroy these steel hordes, set cleansing operations and make bright fireworks of enemy bases, there’s a top arsenal of various weapons that may be upgraded and improved. Mig 2D offers three of the strongest ‘bosses’ ever to challenge your abilities. Mig 2D is a flight you’ll remember forever!

FOLLOW US: @Herocraft
WATCH US: youtube.com/herocraft
LIKE US: facebook.com/herocraft.games
? This update includes minor bugfixes and stability improvements.
Enjoy the game and thank you for playing with us! ?